Lighthouse in Escape From Tarkov Raid duration: 40 min
Lighthouse is an enormous map, partly woody, partly mountainous with a beach zone. Main road, as long as entire map, splits Lighthouse in half.
On the left side of the road you can find beach zone with wooden houses, landing stage, elite apartments next to the parking, as well as the lighthouse itself in the map's bottom left.
On the other side, there are cottages, chalet and two small villages in the center of the map.

There are couple spots for camping, one of which is right in the middle of the map on the rock's top.

The most dangerous and valuable in terms of loot zone is the north of the map - Rogues' base. The approaches to base are mined, and the perimeter is guarded by Rogues sitting on NSV "Utyos" and AGS-30 grenade launcher. They shoot precise and mostly deadly, often through objects. Rogues are similar to Raiders with a pretty solid gear. On the respective TarkovHelp map you can find their fire zones and mines locations. You can find a farm guide for Lighthouse on TarkovHelp as well.
Valuables can often be found in broken boxes, closed rooms, safes and pretty profitable car Merin

Recently there was a lighthouse zone added where you can find lots of different valuables, but the path there is quite dangerous. The only way to get there is the long bridge. While crossing that bridge there is a pretty high chance to get a bullet in your head from any side. If you are lucky to cross it in the beginning of the raid or without any casualties, the way back might hold even a greater danger, as someone can wait for you on the other side. Will you be lucky enough?

The map is pretty hard for the computer, so make sure you have settings for sustainable gameplay. You can enjoy both looting and pvp fighting on the Lighthouse, but be aware of the bushes and the rocks, as they might speak back to you. 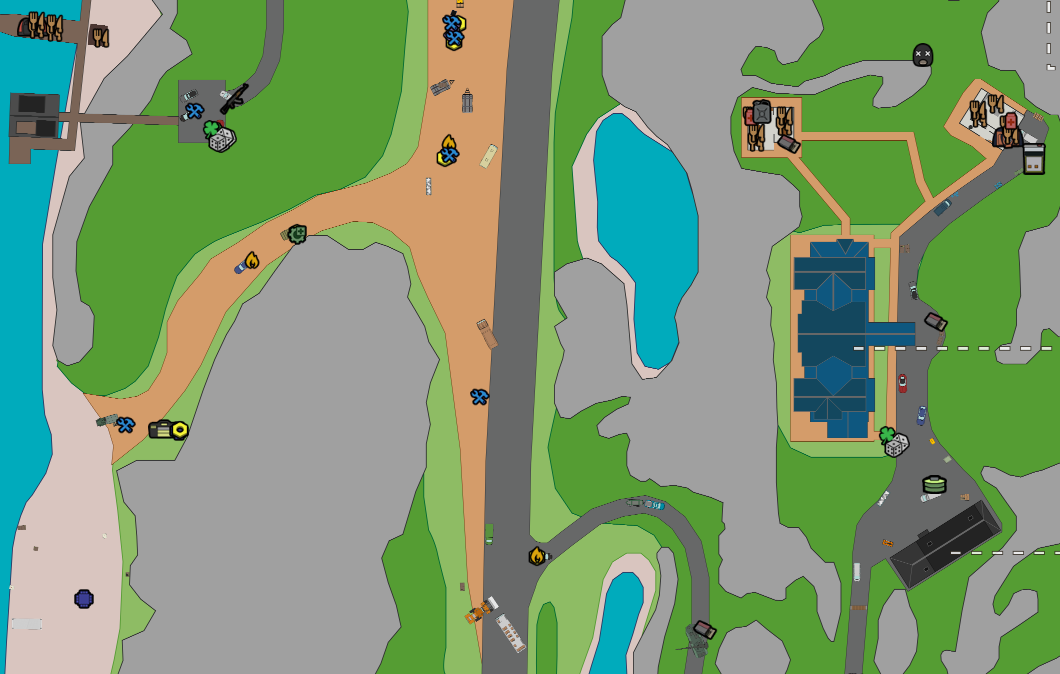 Q
The key is required for the quest:
Broadcast - Part 1

Q
The key is required for the quest:
Top Secret

A certain amount of money is required to exit:
5000 ₽

Extraction free
Hideout at the Grotto

The key is required for the quest: