Hello there! You came right in time, I'm just packing up to go hunting. Do me a favor, not for service, but as a sign of friendship. Arrange a couple of rest spots for my way back: the trip is long, so I'll have to stop for a breather somewhere. The places should be safe, leave a Russian MRE and a bottle of water for each, agreed? At the same time, remember how to survive if you get caught with your pants down. I've got some stashes hidden here and there, for example, but you don't need to know about them yet. Stash bottle of water in the ZB-016 bunker

Stash bottle of water in the ZB-014 bunker

Buy two bottles of water from the Therapist and two Iskra lunch boxes at the flea market and go to the Woods.
Iskra can also be found on many food spots and in square weapon boxes.

The path lies in bunkers underground. They are marked below.

Plant items in a broken box in a bunker. Note that you need to plant them one by one.

Find bunkers on the map Spots for placing items in ZB-014 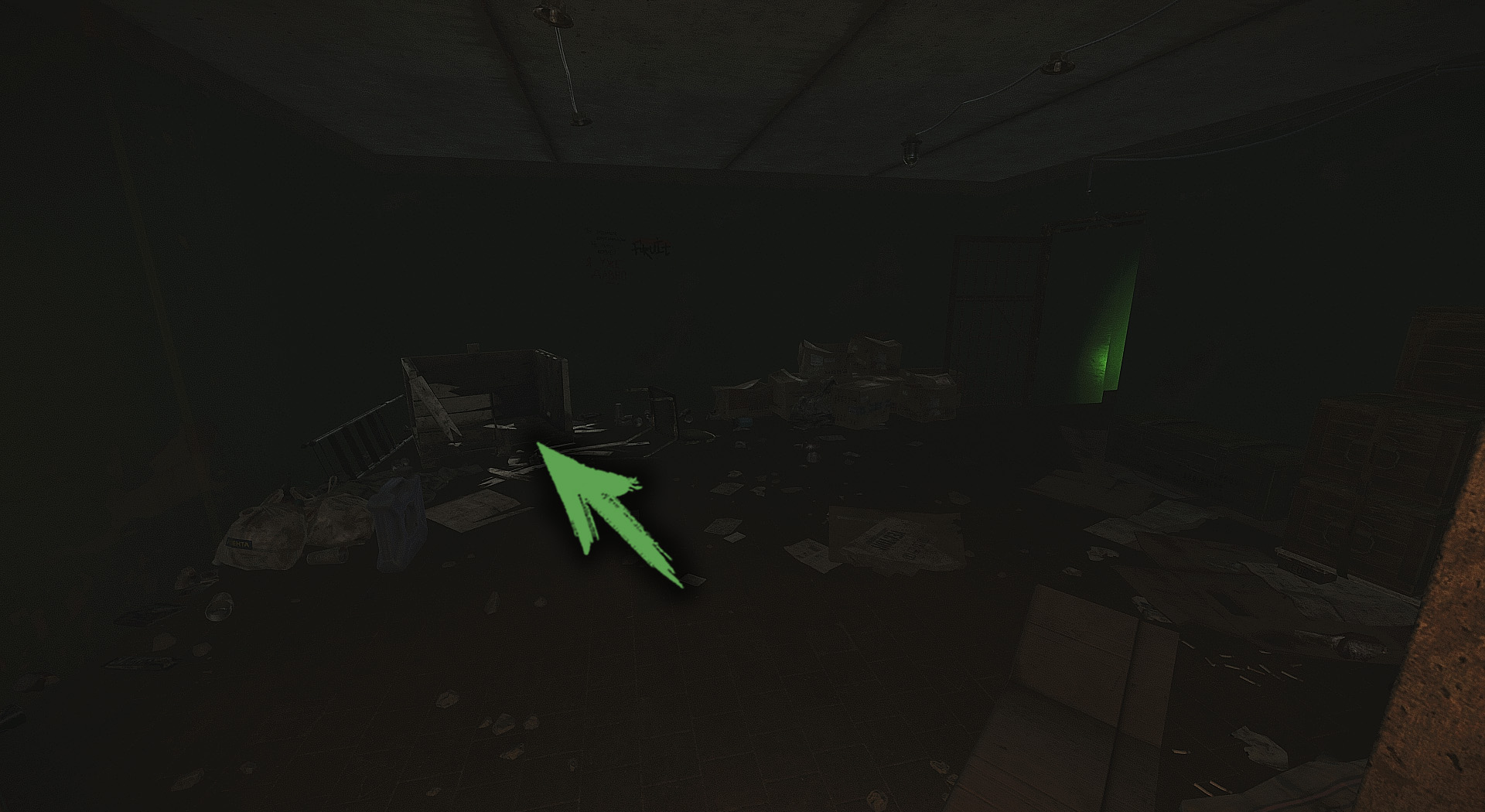 Spots for placing items in ZB-016

You did it? Thank you. I just got ready for the trip, so you're just in time. See you in a couple of days, fella. |